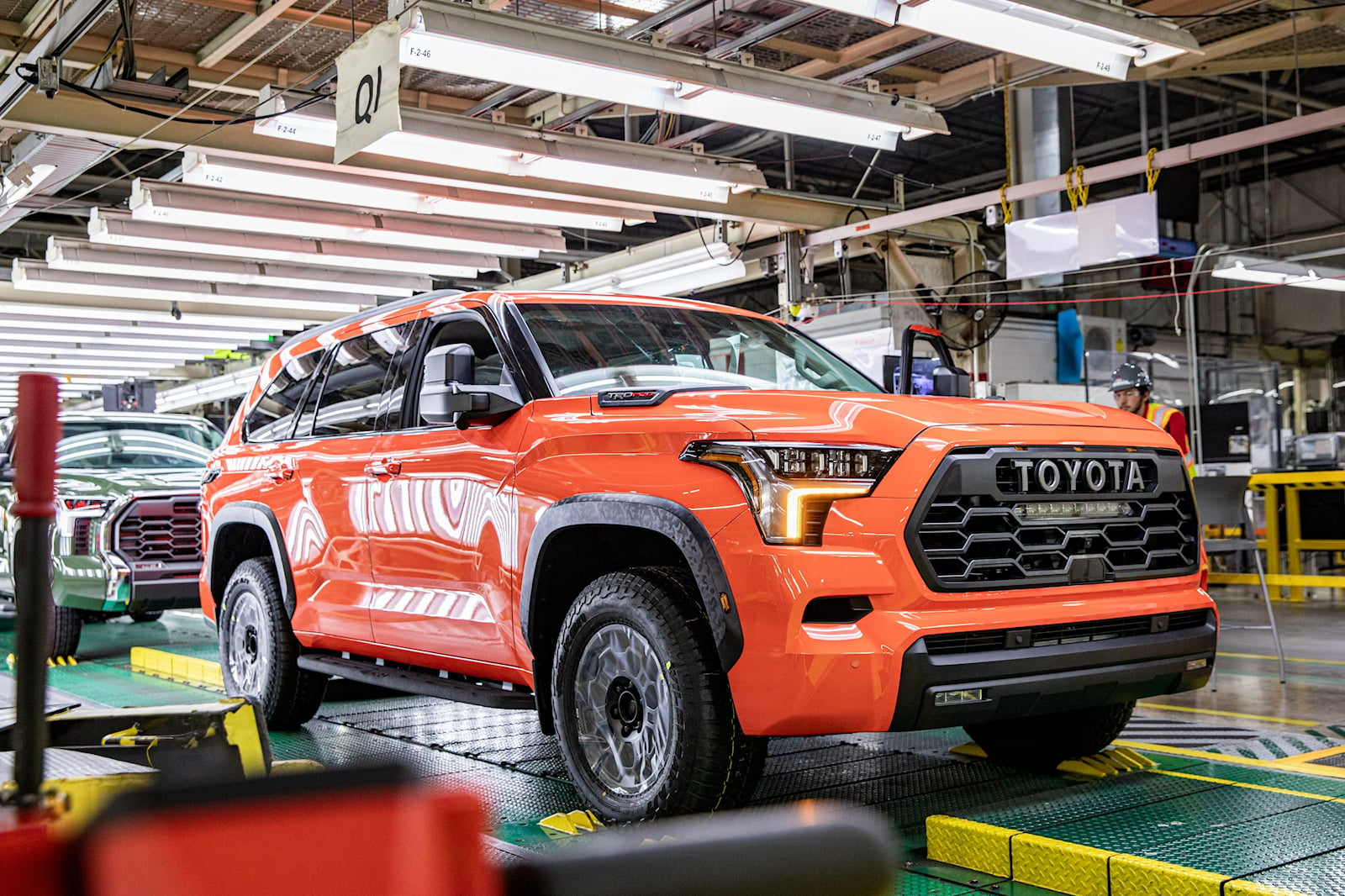 The 15-year-old Toyota Sequoia is still on the market? I'm sure it's reliable, but any car that has been around this long should be behind modern technology and trends. Toyota should have retired the outgoing Sequoia a few years ago. With its aging design and lack of innovation, it's no wonder that this vehicle has fallen behind in comparison with competitors like Ford who are now selling more cars than ever before!

However, the all-new Toyota Sequoia is finally here! We were extremely impressed with its refinement and power when we drove the new vehicle. The hybrid engine also put any concerns about why they took away from V8 engines to rest because it was far more efficient than what came before.

With 3,800 employees and 5300 on-site suppliers needed just to prepare for the debut of their new Sequoia hybrid vehicle - it is no wonder that this process took thousands of hours. The company has introduced new manufacturing techniques like laser welding technology and a production process that will stamp the largest sheet metal ever created by their manufacturer.

"Toyota is introducing a new era of electrified vehicles that will help move us closer to carbon neutrality while delivering on and exceeding customer expectations for this iconic SUV. The third-generation Sequoia marks the beginning of an exciting chapter in which we can travel more freely with greater efficiency," said Kevin Voelkel, president at Toyota Texas." 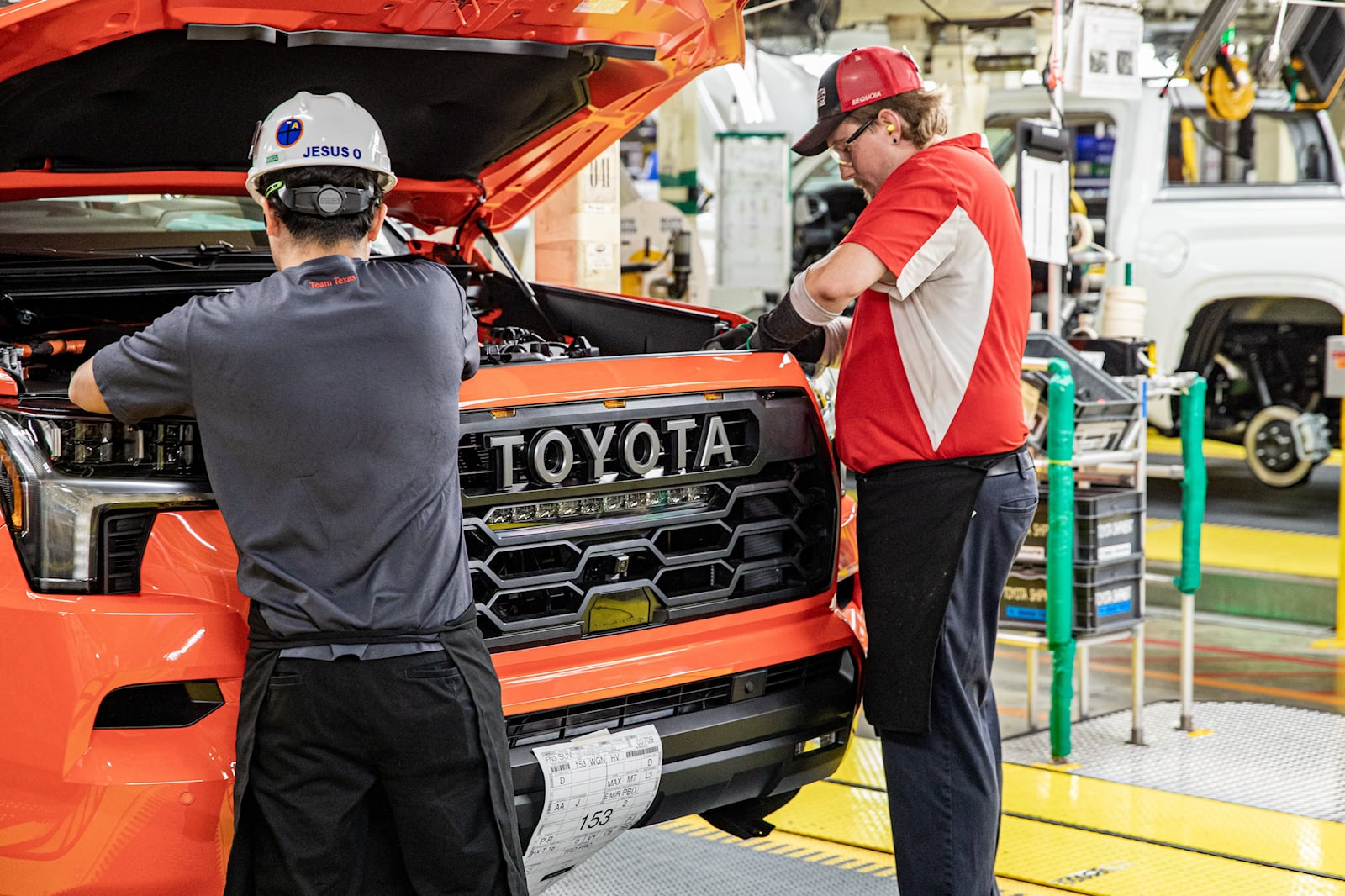 Toyota's hybrid cars are a way to combat climate change, but they're not enough for Greenpeace. The environmental organization recently ranked Toyota last amongst the world’s largest automakers when it comes to their efforts in fighting against global warming and have been far slower than other companies who invest heavily into electric vehicles like Tesla Motors or Ford Electric.

Whether it's towing or hauling, the new Sequoia is a noticeable improvement over its predecessor. We prefer this vehicle not only because of how well-rounded and refined they are but also for its powerplant; combines a 3.5-liter twin-turbocharged V6 with an electric motor that delivers 437 hp and 583 lb-ft coupled by multi-link rear suspension making one amazing large SUV around!

The new Sequoia takes a giant leap forward in both quality and technology. It features an available 14-inch touchscreen interface, which brings this SUV into the 21st century! The range-topping Capstone trim boasts semi-aniline leather upholstery for its two front seats as well as seat heating/ventilation systems to keep you comfortable and pleased on your next adventure.

Toyota has donated $100,000 to support environmental initiatives in the San Antonio area. The new Toyota Sequoia is a greener and more efficient vehicle than before with its production being headquartered here at the home of America's most unique city!

The new Sequoia will start arriving at dealerships next month. 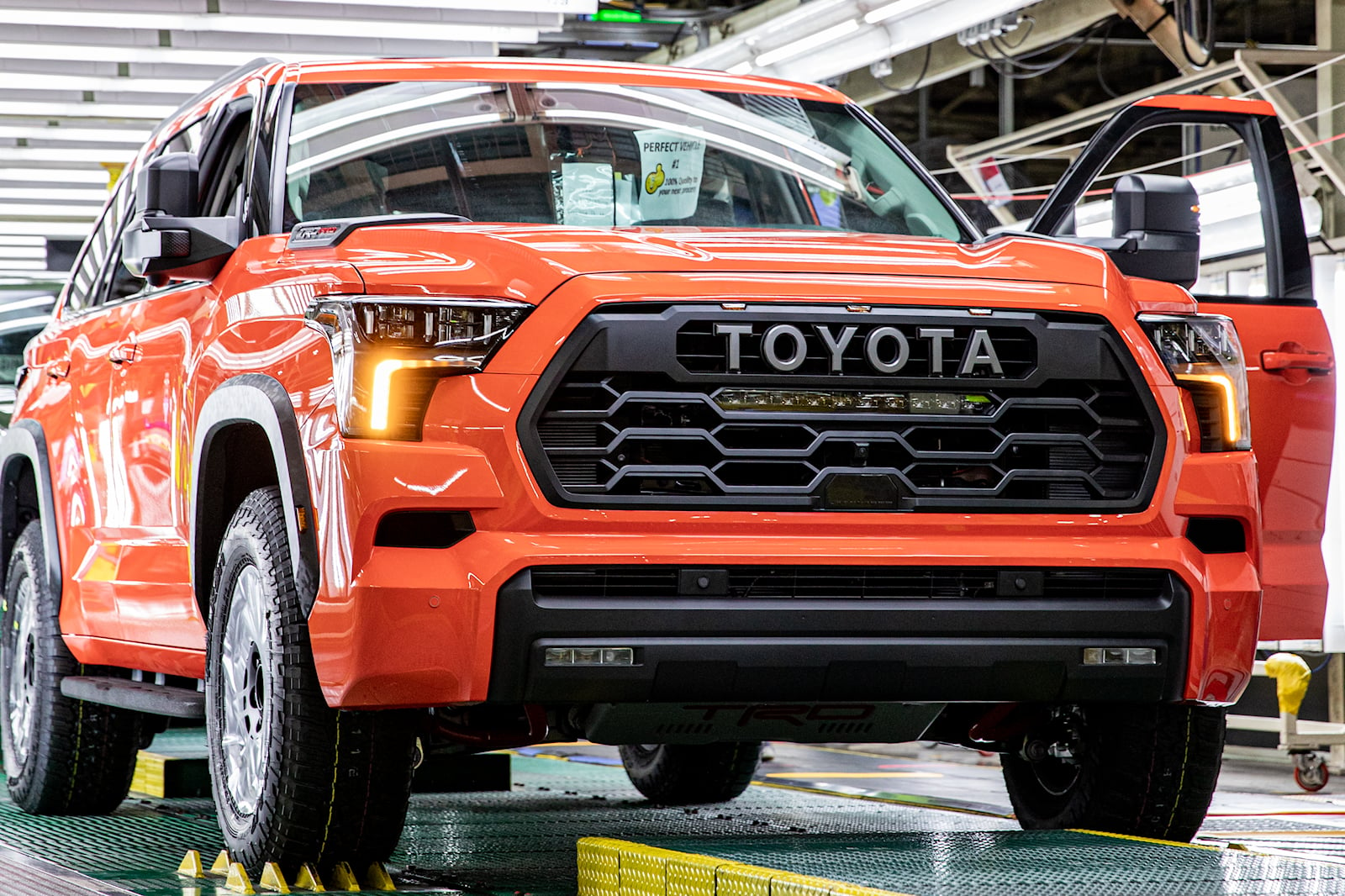