The 2022 Toyota Tundra has received an unusual version. The vehicle was made six-wheeled and prepared for serious off-roading.

This unusual Tundra was created by the American division of the Japanese brand. The Toyota Tundra was tuned by Force Motorsport of Florida and presented at the auto show in Miami. The basis for the transformation was a standard pickup of the current generation. The Americans lengthened the car up to about 7 meters and added another pair of wheels. The car received an extended wheelbase and an additional axle with two wheels.

But this is not the end of the improvements. The pickup received increased ground clearance - and is now 35 centimeters. The Toyota Tundra 6x6 is designed for serious off-roading. The list of available equipment includes a locking rear differential, Fox off-road shock absorbers, LED headlamps and taillights, and front and rear underbody protection panels. The car can overcome water obstacles, climb steep slopes and even cross small rivers, thank its 24-inch forged wheels Vossen HF6-5 with special off-road tires. In addition, steel running boards are noteworthy.

The interior of the car has not changed. The Tundra 6x6 is equipped with the same comfortable seats, a modern infotainment system, and a large number of airbags.The latter include a multimedia system with a 9-inch screen, a wireless charger, a JBL audio system with 15 speakers, and so on. Safety is ensured by an advanced Toyota Safety Sense 2.0 security package. 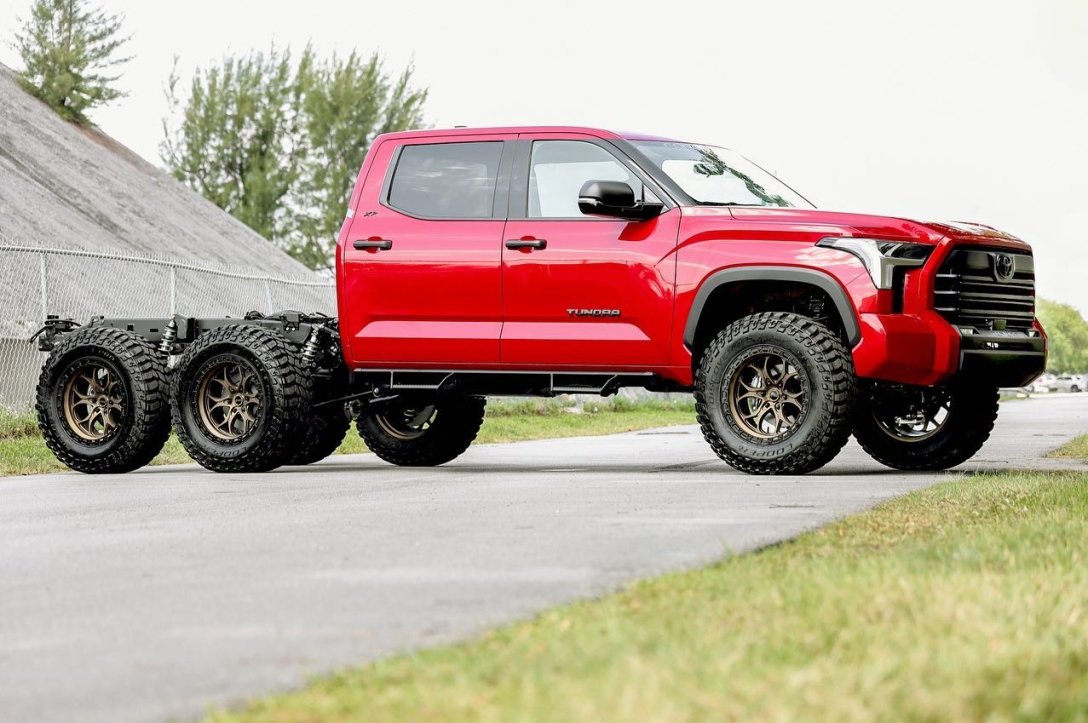 All six wheels in Toyota Tundra 6X6 are driven. Power-unit has remained standard: hybrid Toyota is equipped with a 3,5-liter turbocharged V6, an electric motor with a total capacity of 443 hp, and a 10-speed automatic transmission. By the way, the new Toyota Sequoia 2023 has the same setup, because it is built on the same platform as the pickup.

As we can see from the content above, the Toyota Tundra 6X6 is a powerful and capable vehicle that is perfect for those who need a tough and reliable truck. With its six-wheel-drive system, it can tackle any terrain and its 10-speed automatic transmission ensures that it can handle even the heaviest loads. Its interior is comfortable and luxurious, while its safety features are top-notch. If you're in the market for a new truck, the Toyota Tundra 6X6 should definitely be at the top of your list. 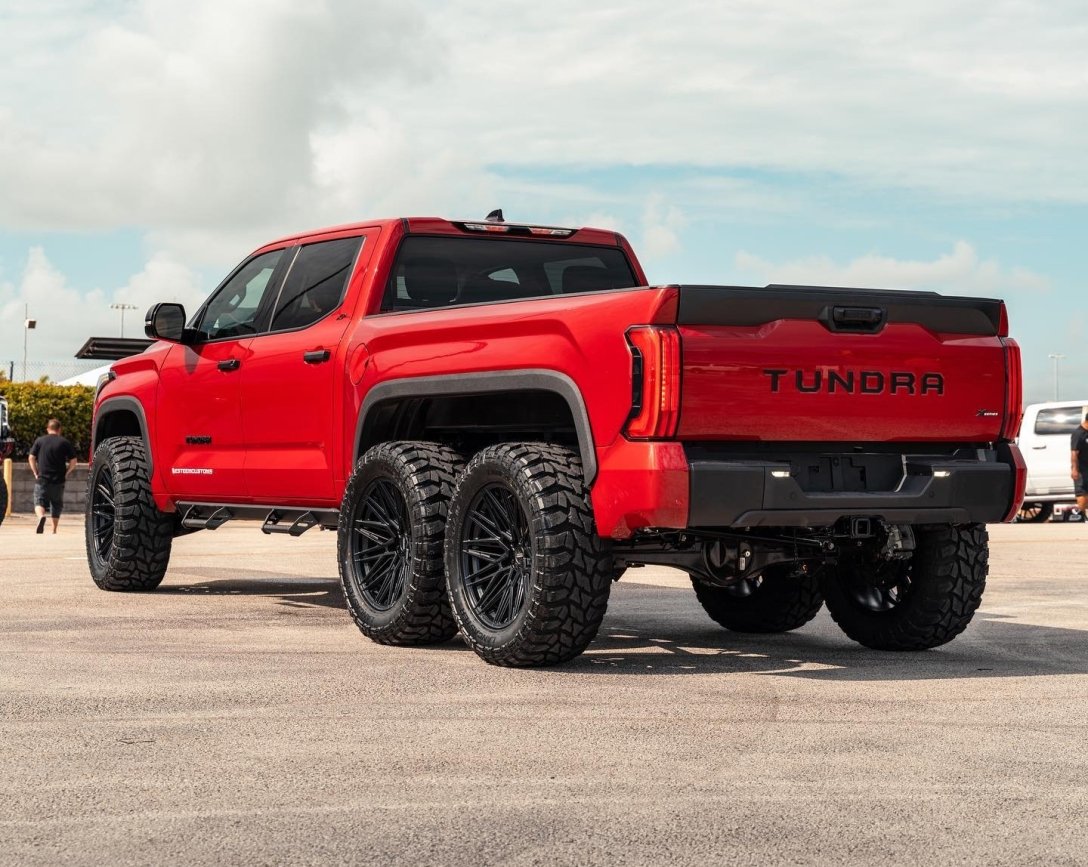