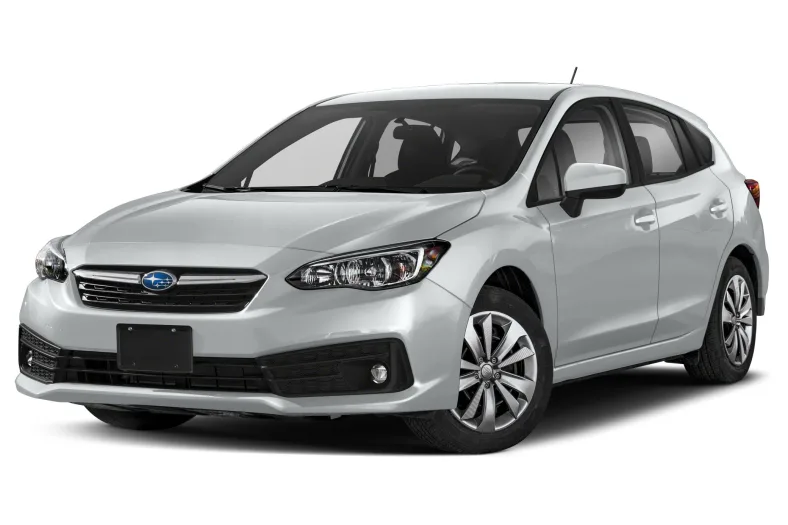 The sixth generation Impreza for the 2024 model year features new looks, technology, and a return of the rally-inspired RS trim level first seen in the late 1990s. Debuting at this year's Los Angeles Auto Show (as it did when first released in 1992), Subaru says they wanted to emphasize the nameplate's sportiness and capability. In recognition of this goal, they've reshuffled their trim levels to include base, Sport, and RS models.

By stiffening the chassis by 10 percent, adding Active Torque Vectoring, and giving it a peppier engine option as standard features, engineers have given the Impreza some much needed personality. We won't be sure if all of this makes the car more fun to drive until we get our hands on one, but things are looking good so far.

So far, we know of several key changes Subaru is making to the Impreza model line. For starters, CVT will be standard on all 2024 Imprezas; however, there's no mention if a manual transmission will be an option. Additionally, the Impreza is only going to offered in a 5-door hatchback body configuration–which WRX fans have been hoping for since it was discontinued after the 2014 model year.

The design language seen on the next generation Impreza is similar to that of the WRX and Crosstrek. However, it does not have any plastic cladding on its body. The interior design changes make it almost identical to that of its newer stablemates, particularly the Crosstrek. The 11.6-inch Starlink touch display is available in the Impreza for the first time and is standard on Sport and RS trim levels.

The Impreza will have the same 2.0-liter flat-four engine that only had 152 horsepower and 145 pound-feet of torque, but a new RS model with a larger 2.5-liter four-cylinder boxer engine will be available exclusively for this year's model. This new engine provides an increased power output of 30 horses and 33 pound feet of torque for a total output of 182 horses and 178 pound feet respectively. As standard, all 2024 Imprezas will come with Active Torque Vectoring in addition to Subaru Symmetrical All Wheel Drive system--making it even more capable than before!

In addition to its other rally racing features, Subaru has equipped the new Impreza with a dual-pinion electronic power steering rack. The automaker also says that it has increased the chassis stiffness of the next-gen Impreza by 10 percent, which should help both handling and ride. We will update this section once we have driven and tested the all-new Impreza.

It's safe to assume that the EPA ratings for the base Impreza and Impreza Sport models will be similar to those of the current five-door hatchback equipped with the CVT. This is because both models will make use of the same 2.0-liter engine as found in outgoing model versions. Once the EPA has published its ratings, we'll update this section after running

the Impreza through our 75-mph highway fuel economy route which forms part of our comprehensive testing process.

For the 2024 Impreza, Subaru has kept to its trend of having more practical interiors instead of luxurious ones. features that are standard for the entire model line include dual-zone climate controls and 60/40 folding rear seats. The automaker says it focused its efforts on making the front seat ergonomic and also reducing noise in the cabin–we'll verify whether it's more comfortable and quieter than the fifth-gen model once we've had a chance to try it out ourselves.

The changes found in the updated 2022 WRX hatchback appear to be similar to those seen in the revamped WRX sports sedan, including a larger center stack display. The interior design revisions for the new generation ofWRX felt natural and like an improvement from its predecessor- we expect this same level of progression froromthe new hatchback since their interiors are nearly identical.